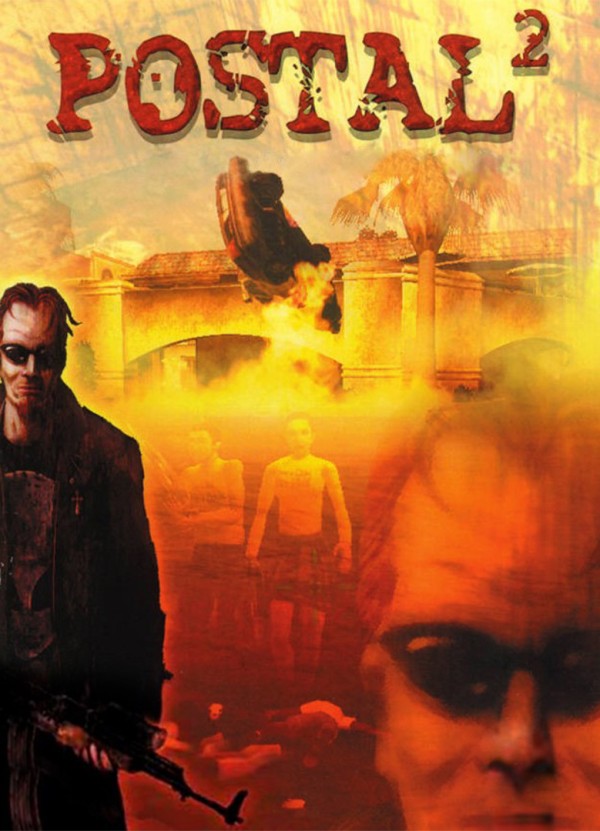 POSTAL 2 Hotfix 1 for 1417 and 4444 patch notesHotfix #1 for both POSTAL 2 and Paradise Lost will be released shortly. Here is the complete changelog:

POSTAL 2 (1417 Hotfix 1 - non-DLC-owners)Removed the Texture Detail slider as certain configurations were having crashes.Fixed problems that could occur when selecting Restore Defaults from the Advanced Performance menu.Fixed a crash that would occur when picking up any weapon, if the player had previously discarded several weapons.Fixed a bug that would cause the player to be unable to move when loading a save from version 1416 or earlier.

Here is the changelog for the original 1417 patch:

POSTAL 2 (1417/4444 - all users)This version will reset your configuration the same way the 2013 updates did. Your original configuration files are backed up as “Postal2.ini.old” and “User.ini.old” should you need to access them.Full Gamepad Support!XInput devices now supportedIcons now displayed instead of text for key/button pressesAll menus can be navigated via controllerComplete revamp of input binding menus. Change nearly any joystick setting without needing to modify your ini file.Fix for joystick input precision being linked directly to framerateAllow binding of POV hat and 16 buttons (instead of 12 buttons and no POV hat)Proper movement and look acceleration for gamepadsNew pop-up weapon selector! Works with both keyboard/mouse and gamepad.Bug tracker fixed. Crash dialog now includes more useful information.Resolved the “FCollisionHash” crash-to-desktop that can occur when bodies and limbs pile up in-gameAddressed a crash that could occur during gameplay (KInitSkeletonKarma)Addressed a crash that could occur between level transitions (UStaticMesh::Destroy)Added a “Fullscreen Windowed” video display mode, which renders the game in a maximized borderless window.The keyboard can now be used to navigate most in-game menus.Aiming assistance added to game settings. Works for both mouse/keyboard or controller/joystick.Game now starts in windowed mode by default at 1024x768Video configuration menu now lists all available video modes (no more INI editing!)Removed various multiplayer options from the single player version of the gameThe secret menu option in the Options menu can now be unlocked by beating the game on Hestonworld instead of POSTAL difficulty.Fixed a bug where exploding a bystander’s head while puking would spawn two puke streamsPlayer can no longer hit things on the other side of a wall with a melee weapon.Weapon bob is now correctly linked to the player’s movement speedBystanders are now generally more responsive when asked to sign the petition.Fixed a bug where the player could go on a Sledgehammer killing rampage without anyone batting an eyeFixed a minor issue causing bystanders to not make snarky comments when someone is on firePlayer can now skip through the hater display on the map screen with SpacebarFixed a display glitch on the map screen that could cause the location arrow to display very tiny or very large if the player was using a low or high FOV settingFixed a display glitch that could cause the stats screen to render with unreadable font sizeFixed a bug where a thrown sledgehammer would despawn instead of rebounding off the thing it hitsFixed a bug where a bystander’s weapon could get “stuck”, causing them to follow the player aggressively but never attackFixed a rare “1,000,000 iterations” crash that could happen in PersonControllerReduced the volume of the Glock burst fire mode.Fixed a display glitch with the muzzle flashes for the Machinegun and hidden shotgun.Skeletons (Halloween event) can no longer catch on fire.Resolved an issue that could cause the player to receive damage during a cutscene.Adjusted default settings for brightness, contrast, and gamma for more proper color balance in both fullscreen and windowed modes.Removed ViewTeam from the default bindings.Fixed a bug where the Glock occasionally would not animate when firing.“Auto-Switch On Weapon Pickup” now defaults as disabled.Expanded the bottom of the achievement menu so descriptions won’t cut off.MP5 and Glock holder and select animations sped up to be more consistent with other weapons.