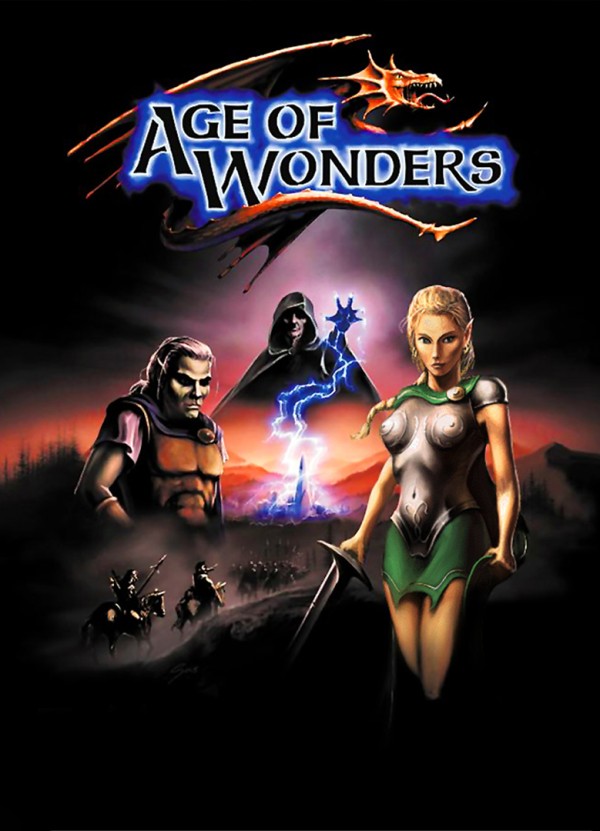 -The 's' key now selects the selected Unit's next active Ability in TC.

-PBEM games now check for edited resources every time they are loaded, to prevent cheating.

-The Editor can now load maps made with different Custom Resources, and converts them to the current set when saving. Use this feature at your own risk, as converted maps may not always work properly. It is always recommended to save backup copies of your work regularly (the Editor backs up maps to "Map Name.bak" when overwriting them).
-All Wizard and Hero portraits are now selectable for use in Events.

-Cosmos Wizards now properly receive reduced spell picks when researching.
-Using Haste Domain with Transporter units no longer crashes or causes corruption of savegames. Some savegames that would not load under v1.1 may load properly under v1.2.
-Random maps no longer sometimes place players' starting Cities on unfriendly terrain.
-Picking up Production Resources and selecting an item already in the City's Build Queue now properly removes the item from the queue.
-Receiving the Spell you are already researching as a Quest Reward now properly updates your research.
-Selecting Continue from the Main Menu when the last played game was an Internet game, no longer crashes.
-Terrain and some Structures that gave hoverhelp even when unexplored or fogged, no longer do so.
-City Upgrades that give Growth bonuses now work properly.
-Switching Sound & Music off and on repeatedly, no longer crashes.
-Rebuilding a razed City that had a Forcefield now updates the Forcefield correctly.
-Independent armies sometimes attacking enemies they cannot hurt no longer occurs.
-In Random games, there are no longer sometimes Magic Vaults that start out already explored.
-In Random games, Quest Stones are no longer always for the Spirit of War.
-Druids' Circles now display properly when razed and when empty.
-Dragon's Peaks now display properly Underground.
-The Wizard Skills Bureaucrat and Merchant now properly oppose each other.
-The Wizard Skills Survivalist and Decadence now properly oppose each other.
-In Random games, disabling Humans now correctly prevents them from being selected during Wizard customization.
-Swapping an Item from the ground with one in a Hero's Inventory now properly triggers a Pickup Item event.
-Adding Produce Merchandise to a City's Build Queue no longer causes the player's Income to update incorrectly.
-Selecting a map for Custom Games that uses incompatible Custom Resources no longer crashes.
-Selecting a Custom Map, then changing to a Random Map, no longer keeps the old map's disabled options.
-Spawn Unit events now correctly trigger only if the selected player is still alive.
-The Autosave Gameplay setting now works properly.
-Various minor interface glitches, tooltips and descriptions have been corrected.

-Steal Enchantment no longer incorrectly allows the unit to gain multiple instances of the same ability.
-A unit that has been Possessed and has Martyr, no longer causes the game to crash when combat ends.
-Casting Martyr on Wizards is no longer allowed.
-Items with certain special abilities (Self Destruct, Shadow Walker, Dominate, etc) no longer work incorrectly or unpredictably.
-Trying to use Shadow Shift when the map has no Shadow World no longer crashes.
-Grasp can no longer throw units into the border area of the combat map.
-Moving a unit with Path of Frost through a Water Cave no longer causes the cave to disappear.
-Path of Death/Life/Snow no longer can remove Shadow Void.terrain on the surface level.
-Using Pioneer and Caravan abilities no longer lets players see where Cities are underneath fogged & unexplored areas.
-Leadership now updates properly when armies containing multiple units with Leadership skills split up.
-Using Self Destruct from an Item, against a Wall, no longer crashes.
-Taunt now correctly obeys it's range limit.
-Area-effect Touch abilities like Round Attack, now correctly show the area they will affect when targetting enemies.

-Disjunction no longer charges the wrong amount of mana or allows the player to use it if they do not have enough mana.
-High Prayer effects are now properly ended when combat finishes.
-Automatic Combat no longer attacks too many units when Chain Lightning is cast.
-There is no longer sometimes a small hole in the Enchanted Walls of a city.
-Automatic Combat in walled combats now treats units using Phase or Pass Wall as correctly having breached the walls.
-Shadowland Dense Vegetation and Shadow Weed now have the proper terrain on their combat maps.

-The Chat windows in-game and during game setup, no longer sometimes stop scrolling properly.
-Wizards dying during Combat can no longer sometimes still cast spells during that combat.
-In Classic Turns games, selecting Retreat from the combat mode selection options, no longer causes a lockup.
-In PBEM, combat during the Independents' turn with a Human player are now always properly resolved using Automatic Combat.

-After closing a map, the Players menu no longer stays visible.
-Explore Structure Trigger now properly triggers only for the intended structure.
-Hero Libraries no longer sometimes fail to save Hero descriptions.

-Armies now require higher odds against them before they will surrender.
-Armies within your domain are now less likely to surrender.
-Mass Confusion, Double Gravity and Wind Ward can now all be cast by multiple players in the same combat.
-Units possessed by Incarnates now get Drain Will.
-Warmage skill now gives +1 ATT/DAM if the original spell's values are =10 (was +2 ATT/DAM always).
-Healing now removes Infected.
-Parasites that spring out of dead Infected units now have 0 Movepoints.
-Grasp now loses a Use every time it is used (was only if it did damage).
-Incarnates no longer surrender ever, even when they have possessed units that lack Willpower.
-Changelings and Incarnates now see themselves as the Race of the unit whose body they currently own when making Morale checks.
-Possessed Independent units will now never join any player.
-Ignition and Burning now give immunity to Trap.
-Static Shield now gives Lightning Immunity.
-The Item Forge can no longer create Items with Resurgence on them.
-The Spirit of War no longer gives good or evil units as rewards for completing Quests.