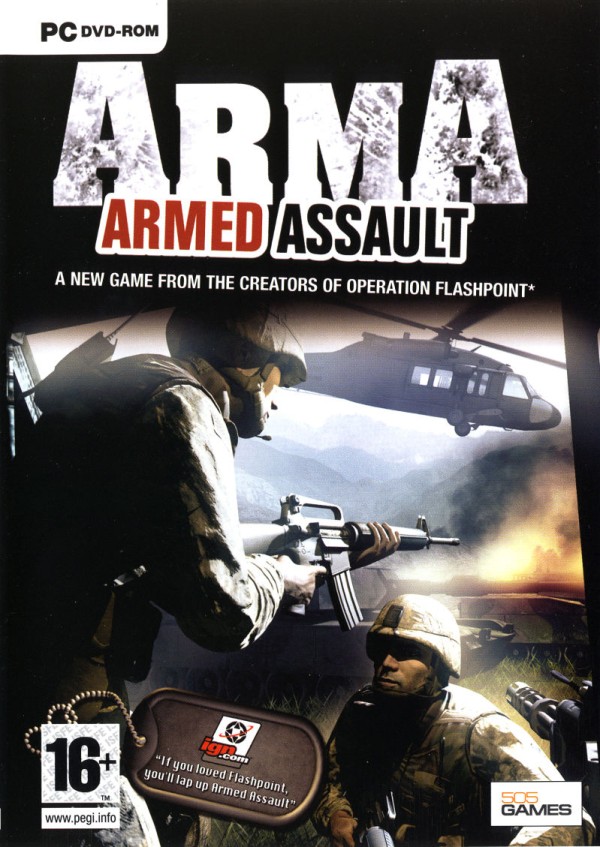 
ArmA Warfare, included as a bonus update in this patch, is a blend of a team-based multiplayer mission and realtime strategy. Two sides (BLUFOR vs. OPFOR) fight for control of the whole map. It is multiplayer map designed for 1 up to 32 players. It also uses other bonus content included in the patch: desert Marines and a modified Southern Sahrani map.

To start ArmA Warfare game, start multiplayer mission as usual. In the Create game screen select "Southern Sahrani" island. The "Warfare v1.0" and "Warfare v1.0 for 32" players missions appear in the list on the right. Select them to play Warfare. Standard Warfare is the 16 player (8 vs cool mission. Warfare for 32 players (16 vs 16) is recommended for higher performance systems. See briefing screen of the Warfare mission for more instructions.

Full ArmA Warfare Manual is included in pdf file in the patch distribution.

This patch will automatically offer you to install anti cheating software for online games to your ARMA working folder. If you decide not to install Battleye, your patch still will be working but you may not be able to join game servers that will have installed Battleye software for increased anti cheating protection.

It will install all BattlEye content to a folder "BattlEye" (default is C:\Program Files\Bohemia Interactive\ArmA\BattlEye or C:\Program Files\Atari\ArmA\BattleEye). If BattlEye was installed, it will be securing online sessions hosted on your server (requiring all clients to have BattlEye also installed) unless it is disabled in server config using line "battlEye = 0;"

NOTE: BattlEye itself will be run from ARMA's application data folder (default is C:\Documents and Settings\[User Name]\Local Settings\Application Data\ArmA\BattlEye) to have write access in order to be able to download/install updates and/or create logs and other BE-related files.