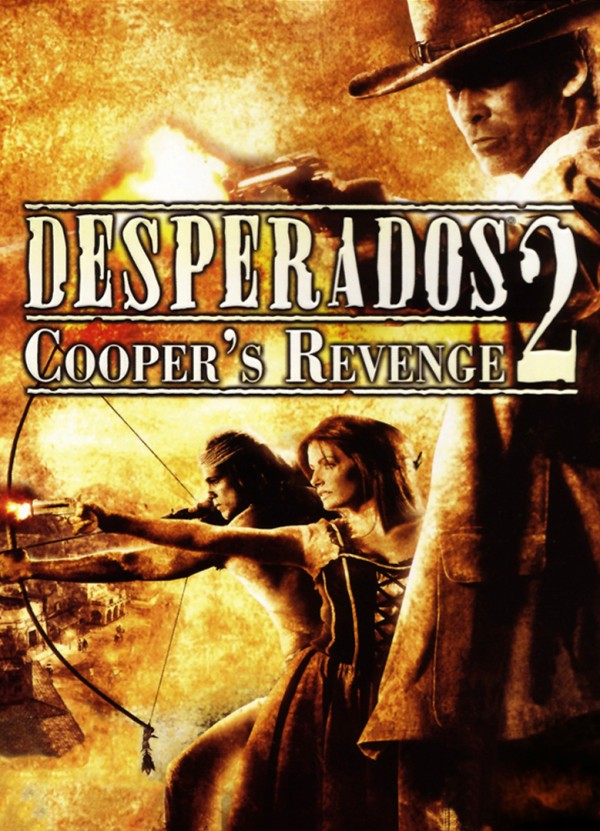 c) Players can now heal friendly NPCs in Canyon Mission 3: Protect the Settlers (not possible in 1.00 after creating a Save Game)

d) After installing the game, French Version or English/German/Italian/Spanish version may fail to start under Windows XP (64Bit-Version). After installing Patch 1.01 - problem should be solved.

e) During Execution of Quick Actions, deleting the quick action will not make the game unstable

f) PCs now should not walk through each other any more

h) Identical Save game Names in different missions now are stored with different Save game Names. Overwriting existing Save games with similar names in other missions of same level not possible without confirmation any more.

i) A couple of sound files with additional fx / speeches were added.

l) Unconscious or dead NPC lying on the ground do not vibrate any more.

m) NPCs leaning into a wall are now able to shoot PCs correctly.

n) Riding with a weapon should now allow shooting and turning correctly at the same time.

o) Players may now shoot even if not aiming for valid targets (NPCs).

p) Santa Fe By Day: View cone now appears for the civilian NPC behind the saloon

s) Makeup effect has no effect through walls any more

t) NPCs on horses can now be seduced

u) After changing detail settings within option menu, particle effects from other missions in same level do not appear any more

v) If PCs carrying NPCs/PCs are shot, the carried bodies fall to the ground and do not hang in the air any more

w) Dismounting a horse not possible during movement of horse

y) Programming a quick action, where a PC should run when spotting an NPC is now possible

z) Animation glitch with NPC waking up is corrected

ad) Fixed the option setting "PC Responses". In some cases the Voices still could be heard when Option was switched off

ah) In Option Menu, a shortcut may now be applied to the noise tool indicating the PC player's noise range

ai) In Eagle's Nest, Sam can not be shot by friendly fire even if in jail

aj) 3rd person Context actions were harmonized amongst all PCs

ak) NPCs should not be shooting through walls any more

al) Carried Actors should not get teleported away from doors any more.

am) Eagle's Nest: Killing NPCs on ladder in barn should not result in NPCs getting stuck any more.

an) Delays or frame rate drops in Levels with many characters when character is shown first time should be heavily reduced.

ao) Music should now restart always after loading a save game

ap) The marker that indicates where to place TNT barrels is now always displayed whenever Sam has some TNT.

1) Generally, use of the highest quality setting for textures can cause dark spots or "stains" to appear on the textures.

2) Nvidia: On Geforce 4 graphic cards, NPC and or PC characters may appear very dark or black.

3) ATI: On ATI graphic cards, severe problems may be occurring, See Readme Section II. DESPERADOS 2 - COOPER'S REVENGE 1.00 (Build v1.13/1.23)
Please check ATI website for the latest Catalyst drivers (Catalyst 6.4. does not provide major fixes yet).
ATI assumes that with Catalyst driver 6.5, to be released in May 2006, particles should be visible on most or all ATI cards.